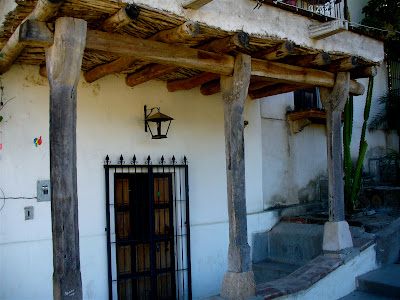 Ever since the post Adobe Fixer Upper In Alamos, Part 2
way back on January 22nd I have wanted to show
some ceilings here in Alamos.

The first photo in that post
was of the concrete roof rafters being put in place,
replacing an old wooden rafter ceiling.
The concrete rafters are typically cast in place here,
the forms being moved to the next rafter as the previous one is poured. 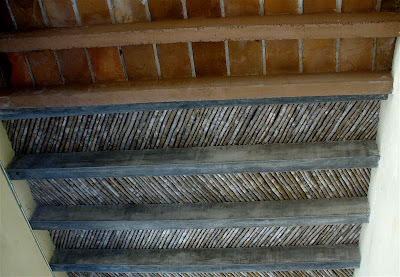 Of course the next step is the ceiling.
The above ceiling shows two of the most common styles:
latillas and brick.
Latillas is a New Mexico term,
I'm not sure what term is used here. 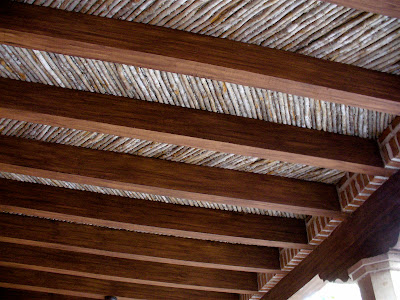 The above photo I showed on February 7th in the post
Design Elements In A Stately Old Alamos Home.
The painted concrete beams and nicely done latillas
deserve to be repeated. 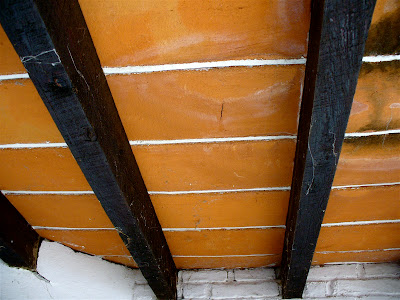 Above is a good shot showing how fired bricks are set from rafter to rafter.
These are wooden rafters,
and the black is from stains from the roof leaking. 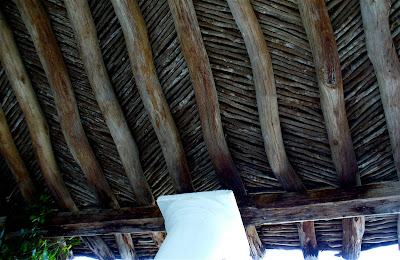 These next two are an old, traditional style with the trunk style rafter. 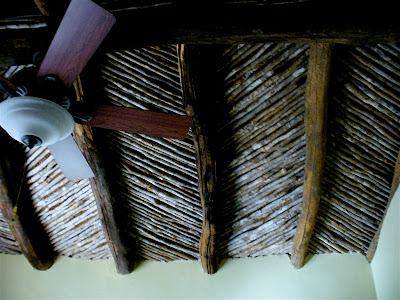 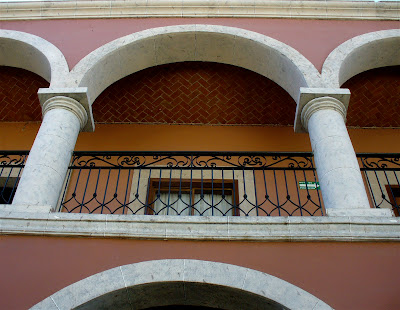 Above is a more unusual style.
The reason so many of these are portal roofs
is because the light is so much better outside.
There is not much difference from inside to out. 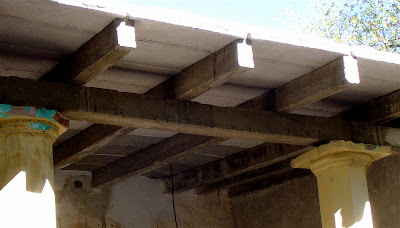 I want to show the above photo to show how cement tiles
are used to span concrete rafters.
This is very common here and the cement tiles are often cast on site.
This house is being remodeled by Doug
and I profiled his kitchen on February 8th in the post
The Understated Kitchen In Alamos. 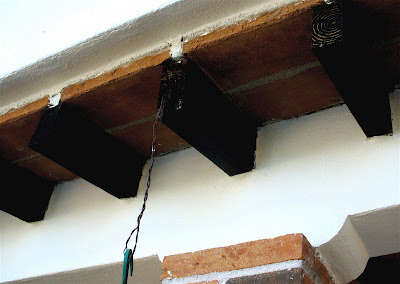 Another brick ceiling showing how cement is put on top
of the brick, cement tiles, or latillas to make the roof.
More on that next time.
I will take a look at roofs and then skylights.