Make Your Own Solar Oven- A New Improved Oven 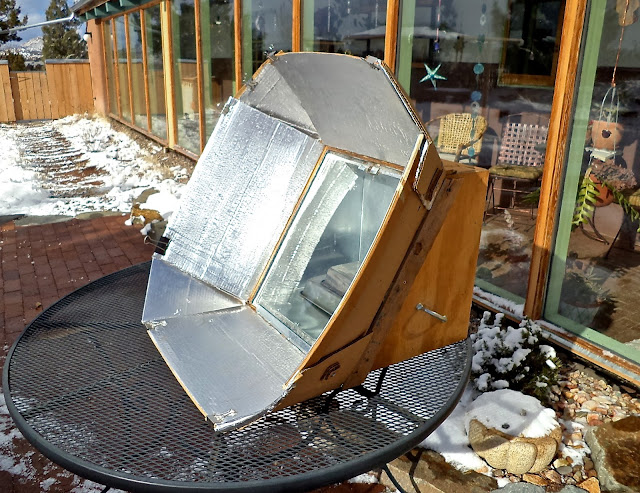 It was over 3 years ago we made our cardboard solar cooker
as a prototype for a more permanent cooker as we profiled in the post:

This past spring we finally made the permanent one (above).

We adopted the plans from:

and plans included in the 1992 book,
Cooking With The Sun (Morning Sun Press)
by Beth and Dan Halacy.
(As an aside, as I was researching for this post
I noticed that Beth Halacy died earlier this year,
Dan had died some years earlier.
Many thanks to them for there contributions to the passive use of solar energy.)
Read more »
Posted by Ches at 7:20 AM

Email ThisBlogThis!Share to TwitterShare to FacebookShare to Pinterest
Labels: Solar In New Mexico

Building An Adobe Wall: #7 One year On And A Companion Fence 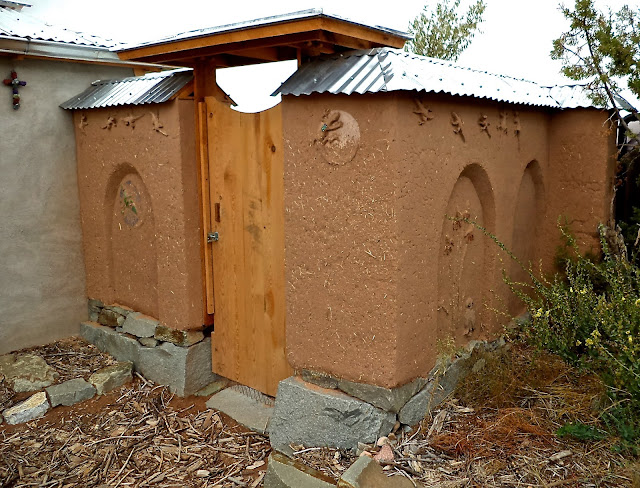 Now that our adobe wall is just over one year old
I thought it would be nice to give a look at how the adobe plaster has held up.

We had couple of hard driving rains this past summer
and as expected they left a nice texture to the plaster
but also washed off much of the pigment in the exposed designs.