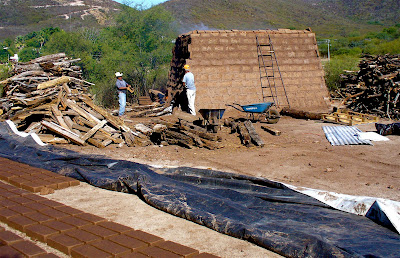 While we were in Alamos, Sonora a couple of years ago
our friend David found this brick making operation
near the campground where we were staying.

Being familiar with making adobe bricks,
I had always wanted to see how bricks were taken to the next step of firing them,
and the guys working here were more than happy to show us the ropes.


(Note: This is a reworking of the first post I did in this blog:
Brick Making And Kilns In Sonora, Mx. from 2/3/10,
and now I am going to start going back
and reworking the early posts and improving the photos and text.) 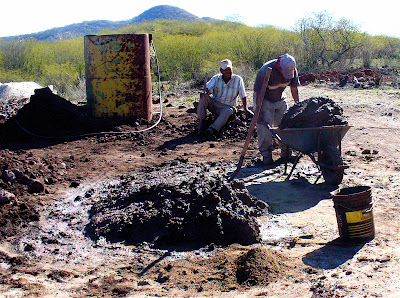 The first steps are just like making adobe bricks.

The mud is mixed by hand
and consists of equal proportions of tierra roja,
trucked in from about 10 km. away,
and tierra negra from the site.

I suspect the tierra roja is used for it's high clay content. 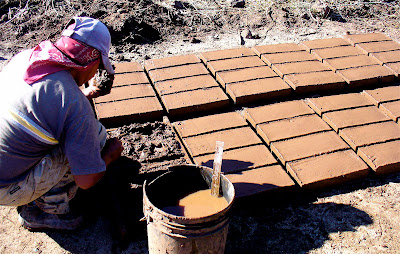 The mud must be tightly packed into the forms,
and the metal bar in the bucket is used to smooth the top of the bricks
before the forms are pulled off.

Unlike adobe bricks, these are smaller
and more care must be used to keep them consistent, even and smooth.

The mix should be fairly stiff,
so that the bricks do not slump when the forms are pulled off. 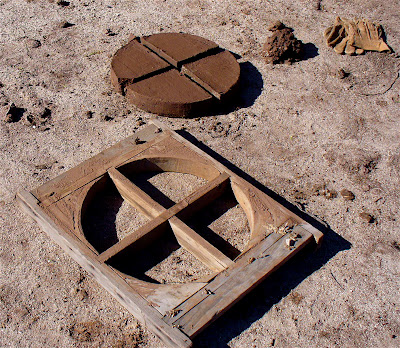 These are for a column. 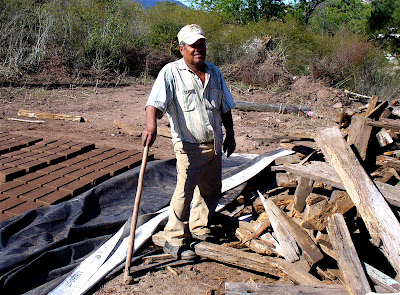 This friendly, hard working fellow lives on site under a piece of plastic,
cooks on an open fire, and is very proud of his work. 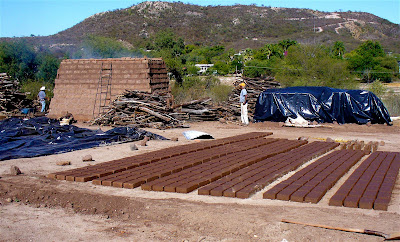 As the new bricks are drying, the fire in the kiln is started. 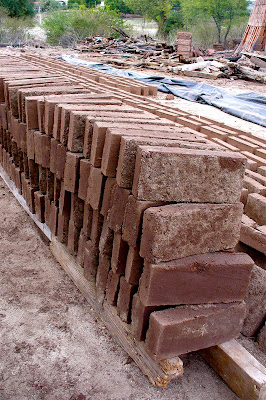 Once the bricks above are dry enough, they are stacked for further drying.

Note how they are at a slight angle in the stack for stability. 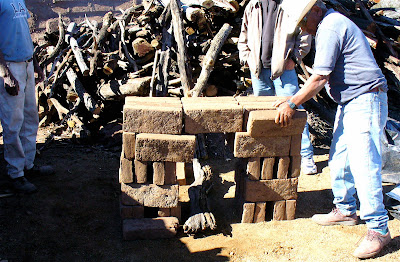 The maestro of this operation was kind enough to show us
how the bricks are stacked to begin the building of the kiln.

This is the heart of the job and requires experience and skill. 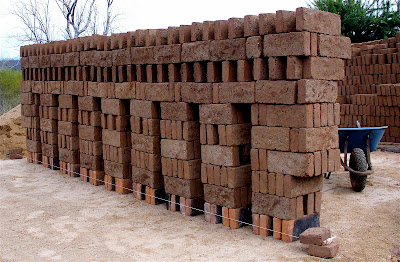 As one kiln is being fired this one is being built.

Note how the ground has been leveled and smoothed with sand.

The bottom row of bricks are previously fired bricks
to protect from rain or ground moisture.

The kiln is built from the inside out
and is completely dismantled after the firing. 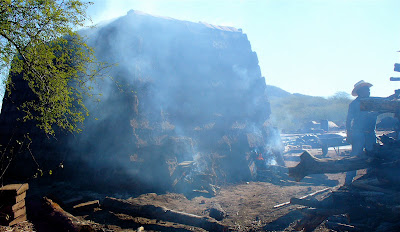 As the pile gets up to temperature it puts out a lot of smoke... 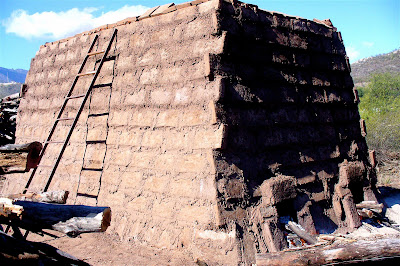 ... but later as it warms up it is not nearly as smoky. 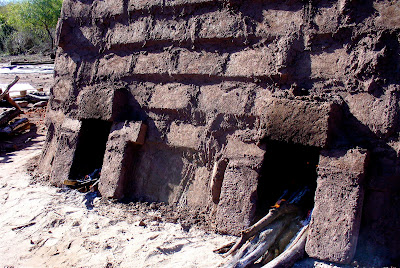 The outside layer of bricks is sealed with mud to keep the heat in. 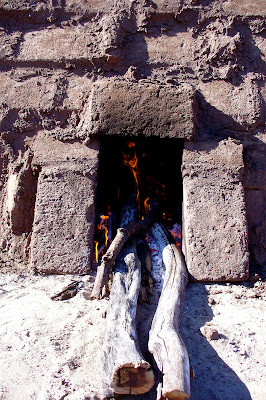 There are 4 fireboxes, 2 at each end.

The fire goes for 24 hours. 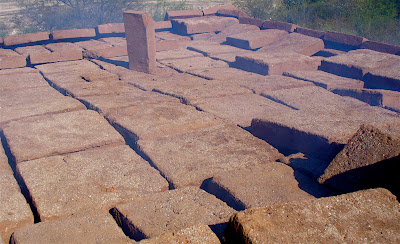 This is the top of the kiln during firing... 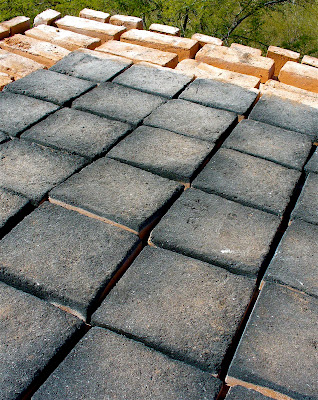 ...and after the fire is out the top layer is taken off to speed up the cooling. 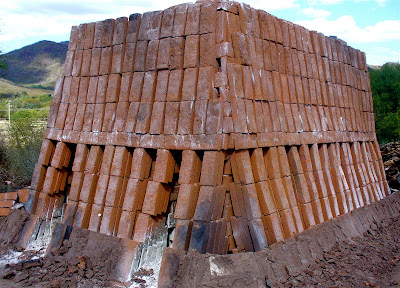 After a couple of days the outside layer is taken off... 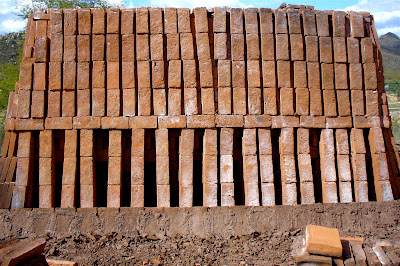 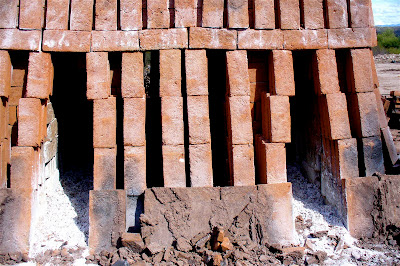 A look into the fire chamber... 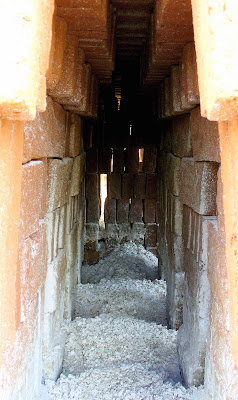 ...reveals the heart of the kiln. 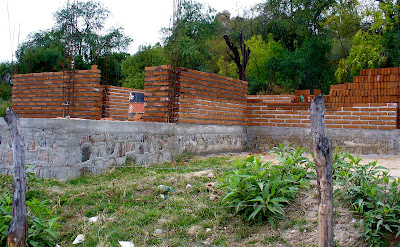 Maybe not the same bricks, but this is what they are used for.