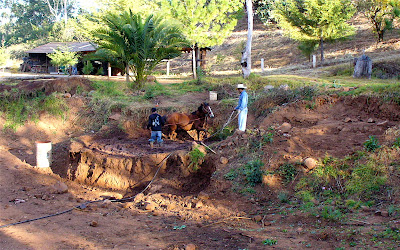 A couple of years ago Allison and I stayed at the
Villa Patzcuaro Garden Hotel and RV Park
and as luck would have it the owners son was an architect
and contractor with an adobe making operation adjacent to the campground.

The pit above is in an arroyo which fills back up with dirt
after the summer rains so each year more adobe dirt.


(Please note that this post is a reworking of the post:
Adobe Brick Making In Patzcuaro, Mexico from 2/4/10.) 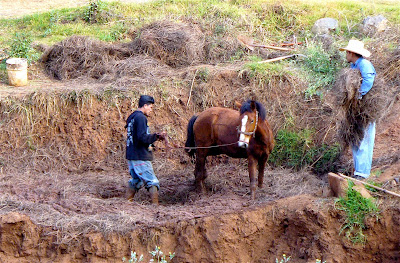 I noticed three main differences in how adobes were made here
as compared to New Mexico.

First, the use of a horse to mix the mud was something I had never seen
and second the use of pine needles instead of straw for fiber in the bricks.

Where as in New Mexico we have lots of straw available
I suppose in Patzcuaro the needles made more sense
and they were very long needles.

Hernan was adamant about the need for fiber in the bricks,
something I wholeheartedly agree with. 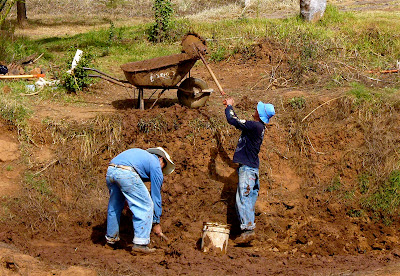 Having to shovel the dirt up so far certainly adds to the work load
of an already labor intensive job. 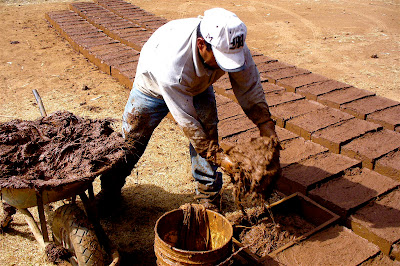 The mud must be stiff enough so that the bricks
do not slump when the form is removed,... 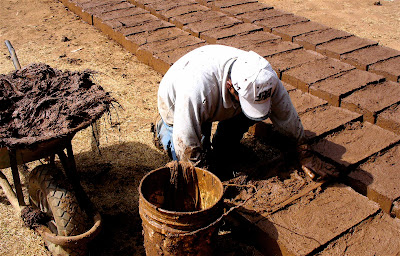 ...the mud must be packed tightly into the forms... 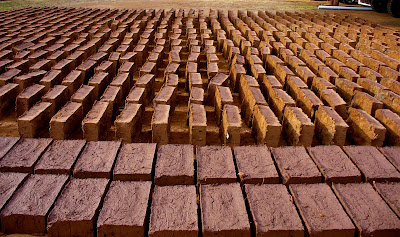 ...and you end up with beautiful, well made bricks. 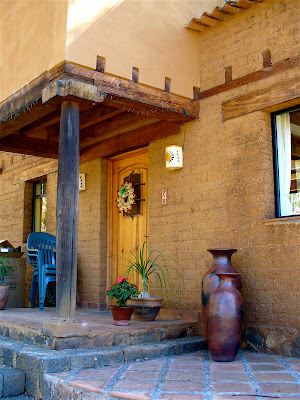 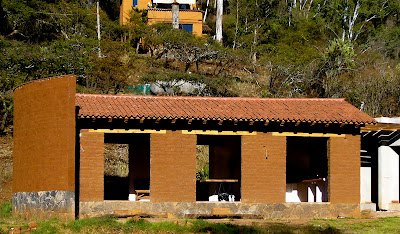 And this kitchen and dining area under construction
will be used by the campground and for rent for dinner parties.

Check out the links above for more photos of Hernan's work,
the hotel website has finished photos of the above building,
or go to my post: Adobe In Patzcuaro, Michoacan.

Or you can go to LABELS on the right sidebar and click on
Adobe In Mexico, or Adobe In The Southwest.