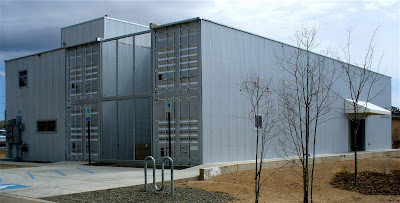 I first became aware of this shipping container building
almost a year ago when I wrote my first post on it,
Shipping Container Buildings, when it was just a shell.

Then at the end of August last year I did an update:
More On Shipping Container Building.

Now it is finished.

Please refer to the earlier posts to see it under construction. 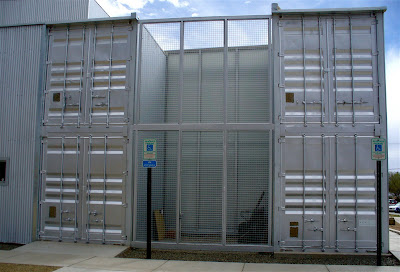 The containers were left exposed in this end view
to see the guts of the building.

Since my last post on this it has become the most viewed post
in this blog which shows the interest in the subject. 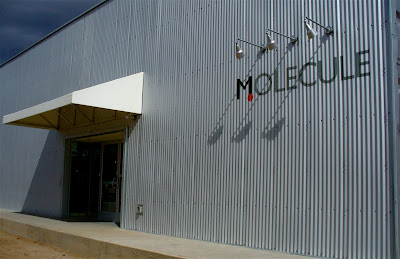 This was built by Adriana Siso for her interior design business Molecule.

She also has BoxHaus,
which is her site for promoting the reuse of shipping containers. 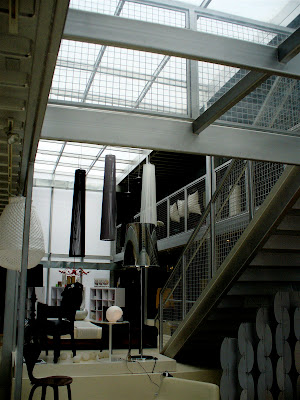 Inside is an open, light filled space with a two story covered atrium
in the area between the containers. 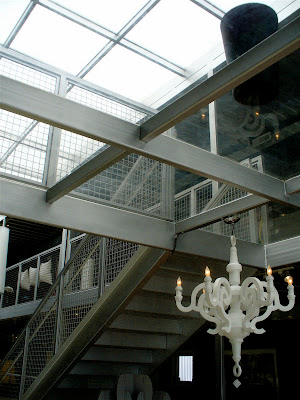 Even the landing at the top of the steps is clear. 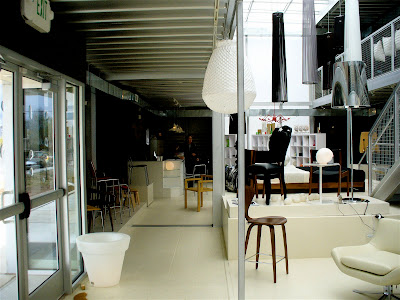 The walls of the containers have been cut out
to open to the atrium. 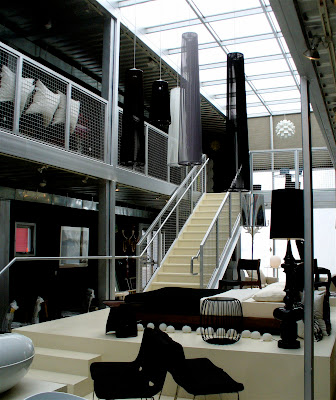 An open stairway leads to the second floor balcony. 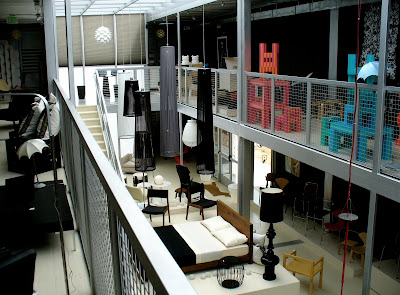 This also makes a great space for shows or music. 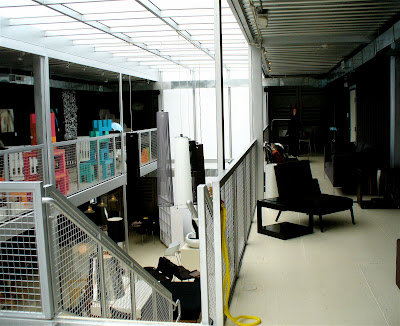 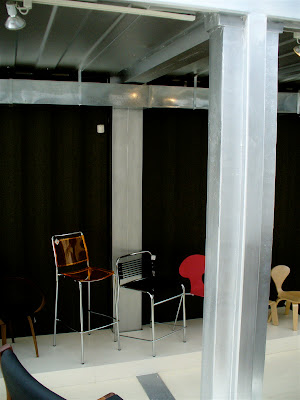 This shot shows where two containers come together end to end.

The side and end walls have been cut out
and reinforced with welded metal posts and beam. 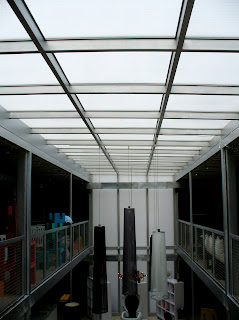 The atrium roof is supported with a metal grid
and covered with a triple wall, transluscent, polycarbonate sheeting.

This photo also shows where the container walls
have been cut out to open to the atrium.