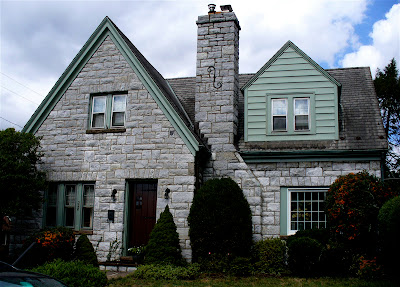 The previous post was on the Colonial Stone Buildings Of Winchester, Virginia
but building with stone continued into more modern times.
Above, and the next two photos, show mid 20th century homes. 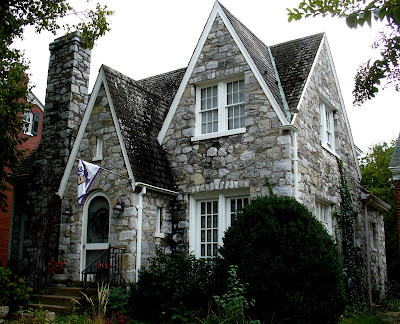 This cottage shows a random rubble style
as compared to the cut stone in the first photo.
The big difference here is the mortar used.
This is most likely a cement and lime mortar
where as in the colonial period a clay and lime mix
was used with a cement and lime pointing
on the surface added in later times. 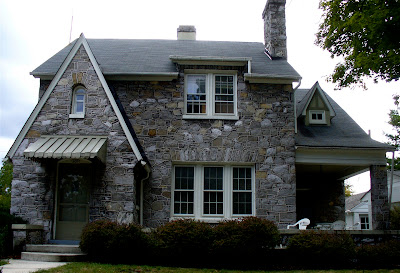 The other difference might be that these three homes
used a stone veneer over a framed wall,
as compared to colonial times when thick, solid, stone walls were built.
It is hard to say whether these walls are a veneer or not.
Certainly in this time period veneer would be common. 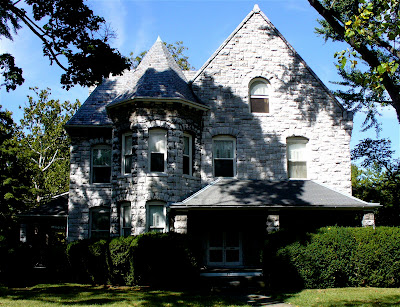 This is most likely a late 19th century home.
The variety of styles in Winchester is amazing.
Posted by Ches at 8:03 AM