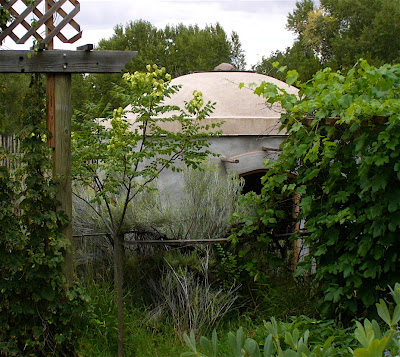 Our friends Bill and Barbara up in El Rito, in the northern part
of New Mexico, took advantage of the Adobe Construction Program
put on by Northern New Mexico College (NNMC) a few years ago
and had the class build a small adobe dome building on their property
for the price of supplying the foundation and the adobe bricks.
Such a deal. 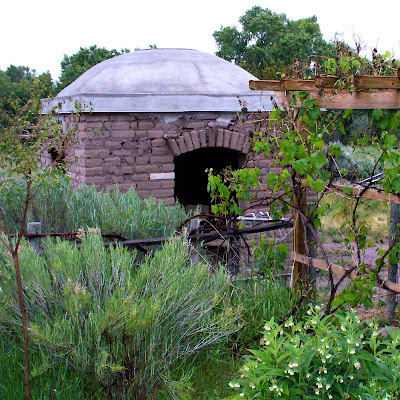 The top photo shows the dome from a photo
taken in August and above was taken in 2007.
It is up to the owner to finish the building out.
Bill has slowly worked on theirs in his spare time
from his contracting business. 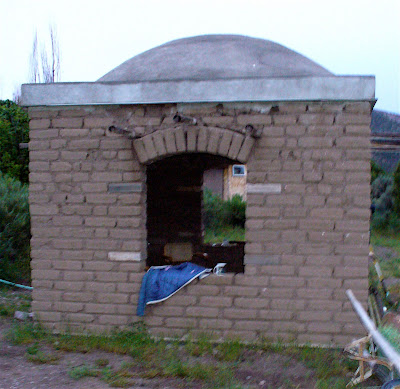 Bill added the stucco cap on the top.
It is important to protect the top from moisture damage. 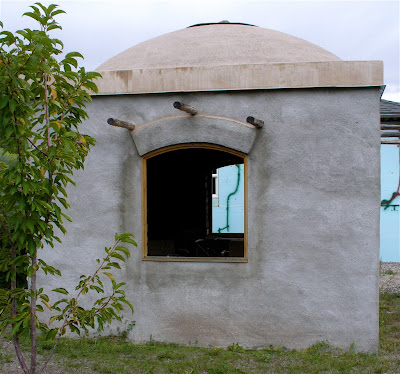 And again a shot from August after Bill built the window frames
and finished the brown coat (2nd coat) of stucco.
I profiled some of Bill's adobe work on August 29th
in the post: Semi Stabilized Adobe Techniques. 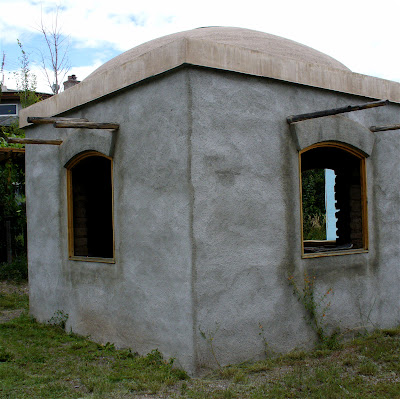 If you are interested in learning adobe construction
please check out the links above.
NNMC has a great course. 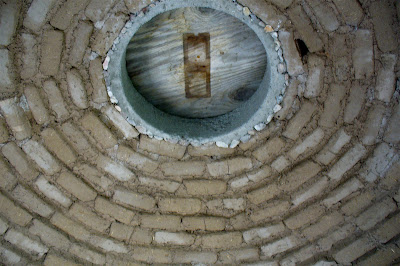 And this is the critical part of the dome.
The trick in building a dome is the layout
and keeping your bricks evenly spaced.
A layout rod is used, but it helps to take the class.
Posted by Ches at 2:10 PM