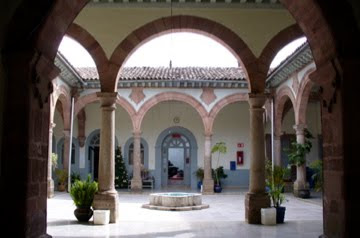 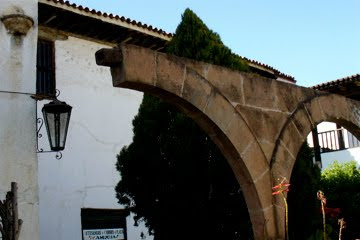 This arch is in Patzcuaro also.
What happened to the rest of the arch and what holds it up? 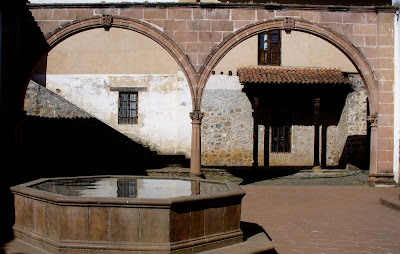 This is the same courtyard but the arch details are a bit different. 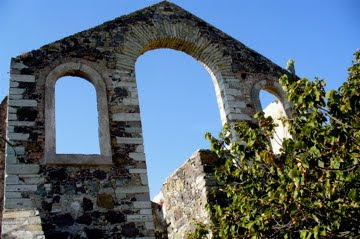 This building in Guanajuato, Guanajuato is up by the silver mines
which are still in operation today. 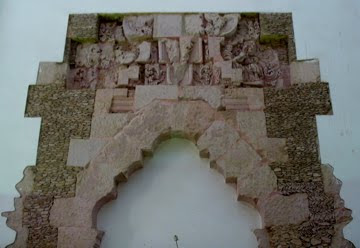 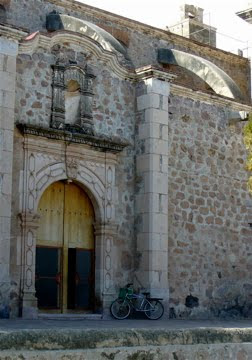 Alamos, Sonora
Notice the flying buttresses at the top.
I suppose they would be considered arches too. 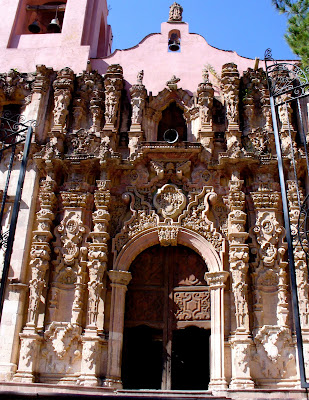 Guanajuato, Guanajuato
The churches and cathedrals in Mexico
certainly must have kept the arch builders
and stone masons in business and they are still in use today. 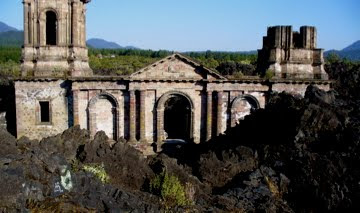 This church was buried by the Volcano Paricutin
in the 1940's in the Mexican state of Michoacan.
The walls and arches were pretty strong
to withstand the onslaught of magma on the roll. 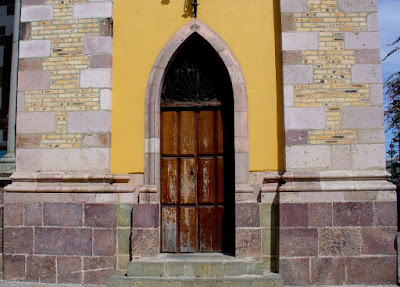 This church in Mazatlan, Sinaloa is on the plaza. 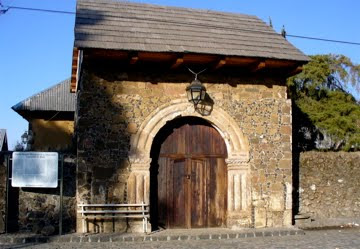 This beautiful building was in a small town near Paricutin.
It makes a nice contrast to the proceeding photo. 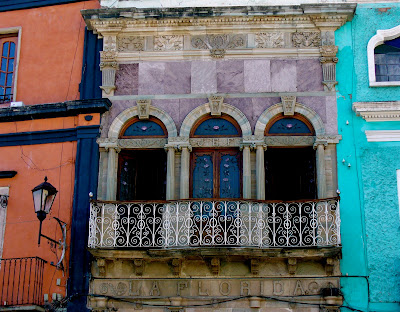 Arches can be in secular buildings also such as this live work building
on the Plaza Libertad in Guanajuato. 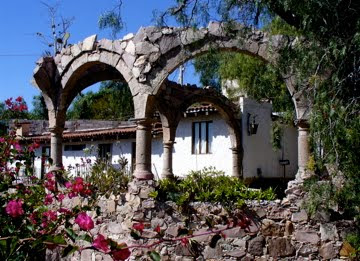 This was in our campground in Guanajuato.
I have no idea when it was built or why.
Was it left like this or is it a ruin? 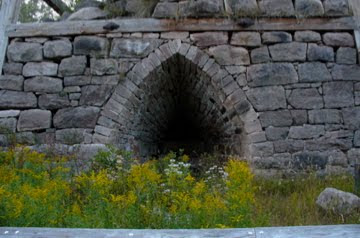 While camping at the Furnace Bay Campground
along Lake Superior in Michigan we ran across this old pig iron furnace. 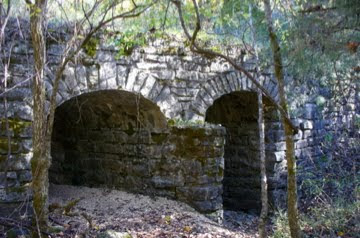 This is a bridge built by the CCC during the depression
leading to Lake Leatherwood Park in Eureka Springs, Arkansas.
This is the most modern of the arches here
( I suppose this is really a vault but ... ).
It is indicative of the fact that we don't see
many stone arches being built anymore.
They were in fact modern at one time
when there were not many options for spanning an opening in a wall.
This is a perfect lead in to the first photo on gates.
Is that an arch?