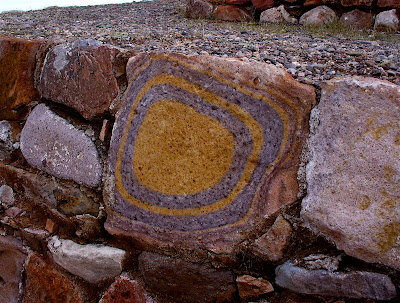 In the northwestern part of the Mexican state of Chihuahua
is the Pre-Columbian ruins of Paquime. 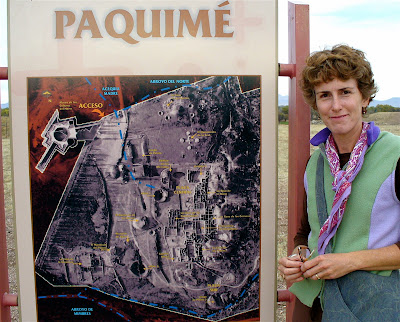 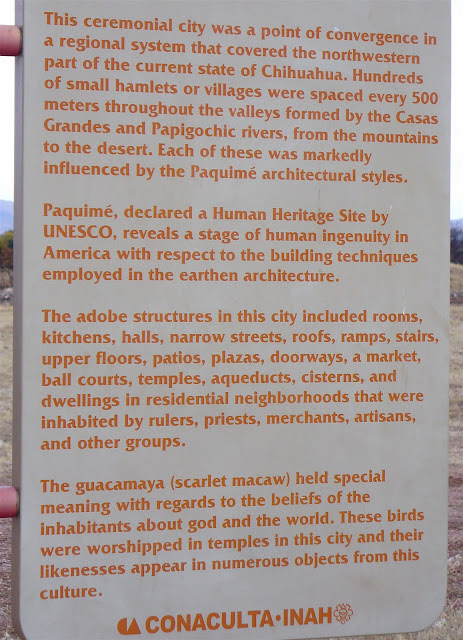 Being only a couple hours drive south of the present day border
we can be assured that there was much trade with Native Americans
who lived in the American southwest and beyond. 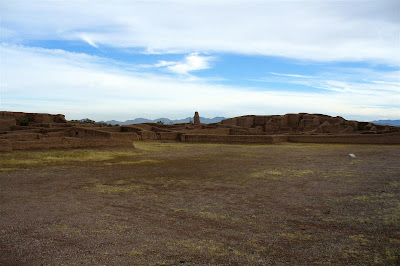 It is quite a large site located in the fertile valley of the Rio Cases Grandes. 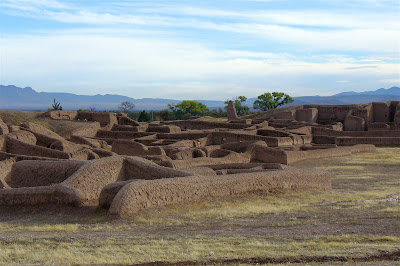 It boasted a complex water and sewage system. 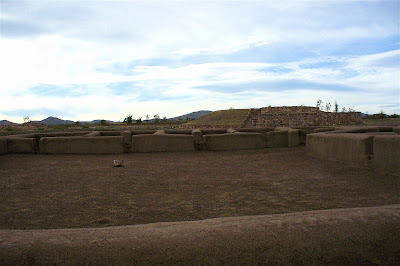 Copper bells and ornaments, pottery, and beads made from marine mollusks
were made here and traded. 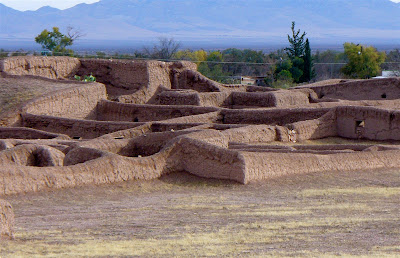 Parts of the one story adobe buildings seem to have been rebuilt,
stabilized or some appear to be left alone and dissolving into the earth. 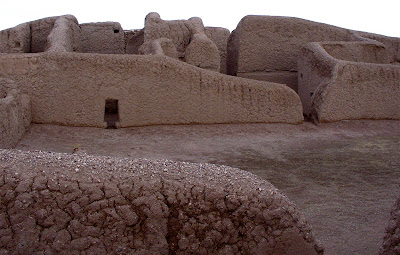 The doors have a unique style that jut in at the very bottom.

The T shaped door can be found in ruins
all over the southwestern desert area. 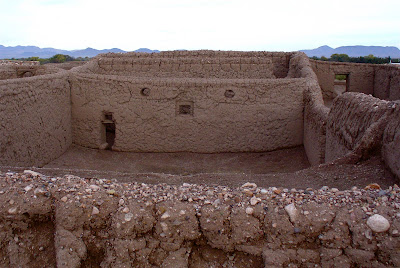 I like the inset around the window and the round holes
may have been vigas or roof beams. 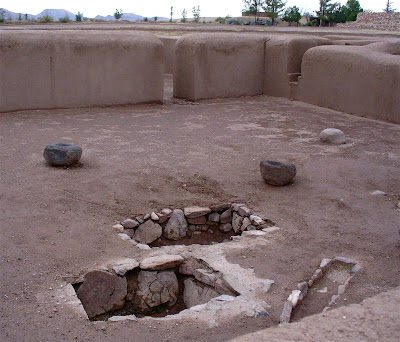 Any ideas what the stone lined holes are? 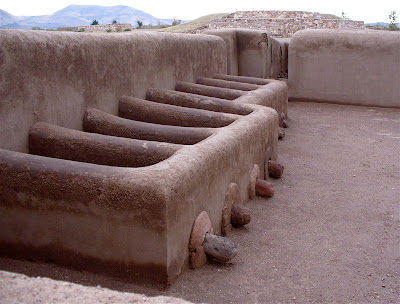 According to Craig Childs these are macaw pens missing their roofs. 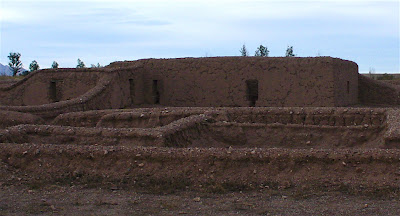 I wrote a post on the Pre-Columbian stone ruins
of Besh-Bo-Gawah in present day Globe, Arizona on April 20th.
Click here to view.
Posted by Ches at 12:50 PM