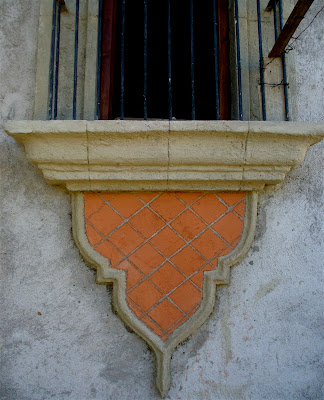 This beautiful window is on the front of Porfirio's house,
just over from the door that you saw in the previous post.

[This series, one of my all time favorites, is part of my look back at older work,
and was originally done 2/18/11.] 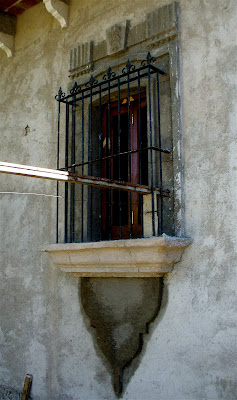 When I first met Porfirio he was just starting
on this medallion you see in the first photo. 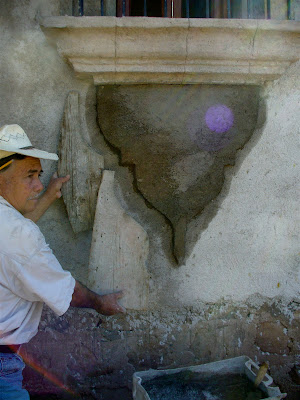 He nailed the form boards he is holding above
to the wall to create the form.

He sawed the design out first. 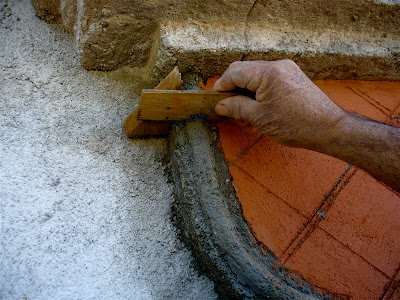 He used the jig above to create the bead around the edge.

He had already applied the orange slip
and was only demonstrating the jig. 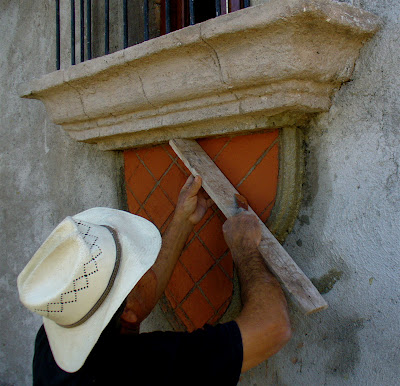 After applying the slip with a trowel,
and before it dried,
Porfirio used a board for a straightedge
and a 4x4 tile to measure the layout.

As far as I could figure he used iron oxide, lime, and
fine sand for the slip.

Keep in mind that this was in a protected spot
under the window sill. 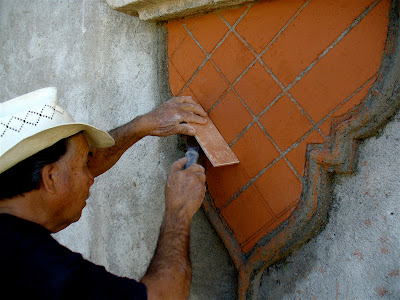 Another tile was used to mark the width of the grout joints. 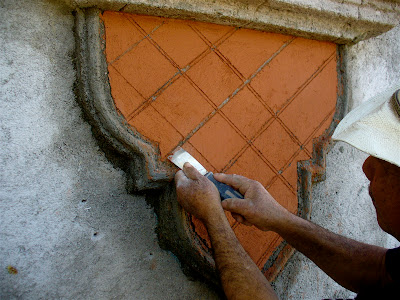 A putty knife was used to scrape out the grout joint.

I am repeating the first photo
to make it easy to see the transformation.

As Porfirio said this is a poor mans tile work.

Maybe, but it is much more.